We are on call 24 hours a day and we will be pleased to pick you up from your place and take you to Therisos – Zourva – Meskla trip with the minimum of fuss. The beautiful Thériso Gorge with its dramatic scenery can be seen from the road inside the taxi and with possible stops during the trip. The trip ends with the driver returning you at your starting point.

Join Therisos Tour Chania! Visit the beautiful Cretan villages Therisos – Zourva – Meskla. We will start from the historical Theriso, a small Cretan village 16 km from Chania town in the region of Chania. This village has a remarkable history, intrinsically interwoven with the freedom and independence of the Cretan people. The beautiful Thériso with 6 km long, accompanying the tree-lined river and surrounded by the greenery of chestnuts and oaks. Of course the gorge also makes a wonderful walk in the clean mountain air, and is popular with rock climbers and hikers.

Therisos Tour Chania is a journey to history!

Theriso Revolution. The famous politician and statesman, Eleftherios Venizelos (above), born in Mournies in Chaniá prefecture in 1864, started the revolution of 1905 in the village. The inaccessibility of the village, it is enclosed by mountains, made it difficult to capture. This uprising of 1905 fought to unite the people of the island of Crete after 400 years of domination by the Ottomans, and subsequent outside rule by Prince George of Greece, sent by the Great Powers. Finally in 1913 Crete became unified with Greece. Eleftherios Venizelos went on to become Prime Minister of Greece from 1910 to 1915. 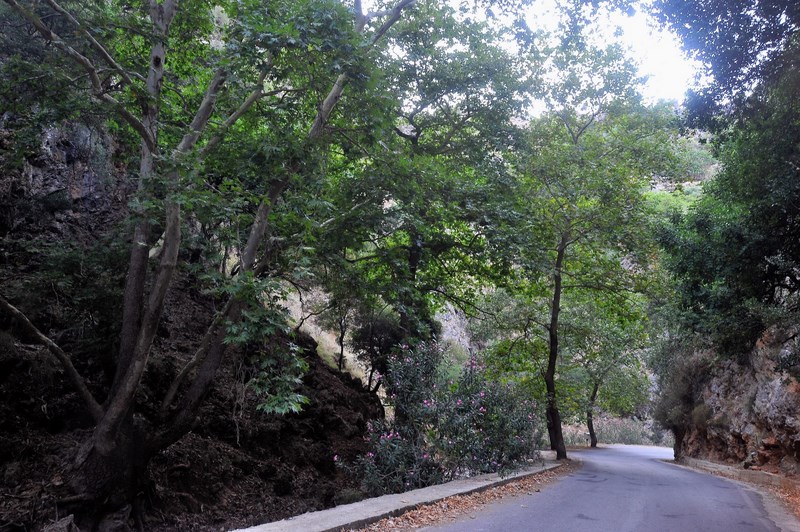 Venizelos is one of the great heroes of Crete and Greece. Venizelos no doubt chose this village as he was uniquely tied to the mountain people and this village, it being the village of his mother Stiliani Ploumidakis.Today the house of his mother still stands in the village and has been preserved as a historical building.Inside this small village also stands the Eleftherios Venizelos Centre for Independence and the Therisos National Resistance Museum, both of which accept visitors.

Thereafter we will go to Zourva village. In the hinterland of Crete, 24 km away from the town of Chania, southbound deep in the scenic Keritis valley and 572m high at the foot of the White Mountains, lies a small village named Zourva. The people of the village, safeguard the Cretan culture and hospitality so that they remain unspoilt and unaltered. A tarred, but steep road leadws to the border of Lefka Ori, at the foot of the mountain Kaloros. The pine- tree forest which grows just above the inhabited area , the gorge of Tromarisa and the spectacular view towards the North and the sea, in combination the climate of the area , create a sense of euphoria to the visitor ,rewarding him for his choice. 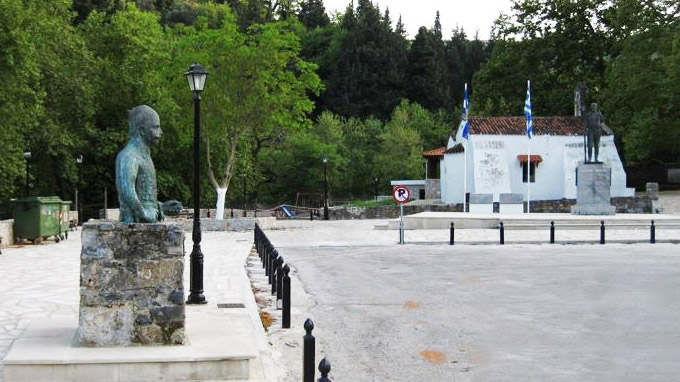 Next stop at Therisos Tour Chania is the Meskla Vilage. Meskla is a small and quiet traditional village located at 21 kilometer distance southwest of Chania. Meskla is the site of an ancient city, and various artefacts and remains of cyclopean walls have been found here. 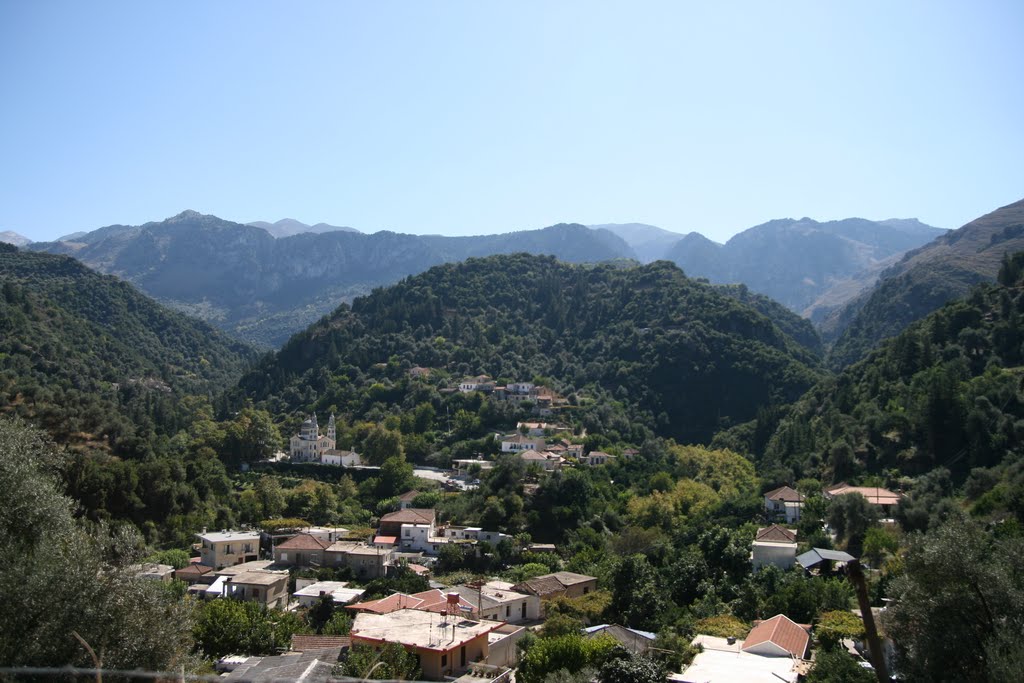 The ruins of the houses and the remains of a city wall can be seen around the village of Meskla. It is unsure which city was situated here and what its name was. Meskla has traditional stone houses and is situated between green hills in the nature of the fertile Keritis Valley. Through this valley runs a river and in the back of the village are the White Mountains. Meskla is setat the foot of these White Mountains in a ravine. The village of Meskla was destroyed during the Venetian period (when the leader of the revolt, Kantanoleon, had his headquarter in Meskla) and also during the Turkish period. Two of the Byzantine churches with 14th century frescoes in the village have survived the destructions though.

One of these churches is or “Sotiras Christos Church” with paintings by the hand of Theodoros Daniel and his nephew Michaeli Veneris dating from 1303 A.D. The church was founded by the monk Leontios Khossakis. 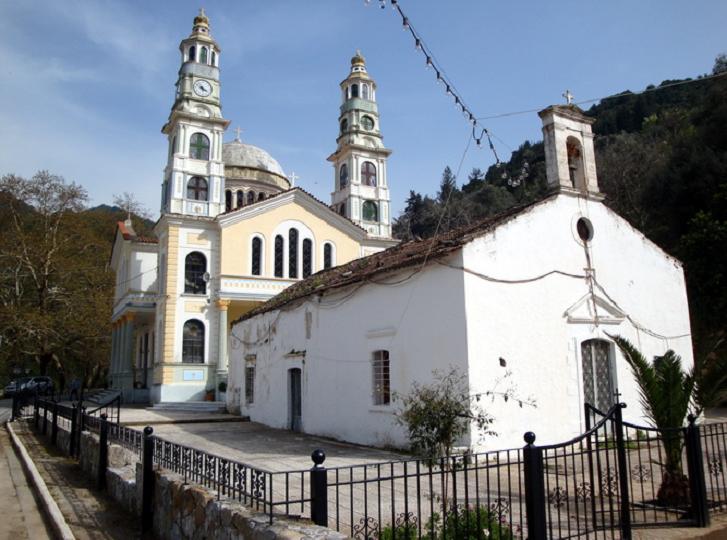 The site is clearly marked with a brown sign and the church is open (or it was when we were there, although somebody had put a chair against the other side of the door – but on the other side of the church there is another door which usually has the key inside). A bit further on the road if you walk through the village over the bridge on the north side of the village you find the 14th century Virgin Mary Church. This church contains parts of earlier buildings including a temple of Aphrodite that was once built in this exact place and the mosaic on the floor of the present church floor was once the mosaic floor of a fifth century basilica. Behind this church a very large and imposing new church has been built.