We are on call 24 hours a day and we will be pleased to pick you up from your place and take you to port of Kissamos with the minimum of fuss. Ships depart every day (May-October) from the port of Kissamos and head towards to Gramvousa island and the lagoon of Balos. 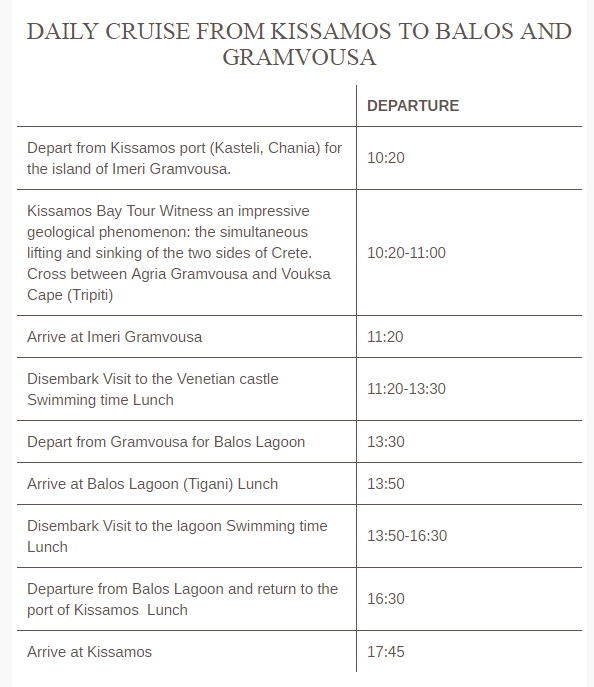 You can book your boat Tickets from our office!

Book for Balos Beach Tour and visit one of the most amazing beaches of Crete! The famous lagoon of Balos is located approximately 56km northwest of Chania and 17km northwest of Kissamos, formed between the Cape Gramvousa and the small Cape Tigani and below the range of Platiskinos. Balos is surely the mostly photographed beach in Crete, a very favorite subject of all tourist guides for Greece. It is no coincidence that Prince Charles and Princess Diana visited Balos with their private yacht many years ago. 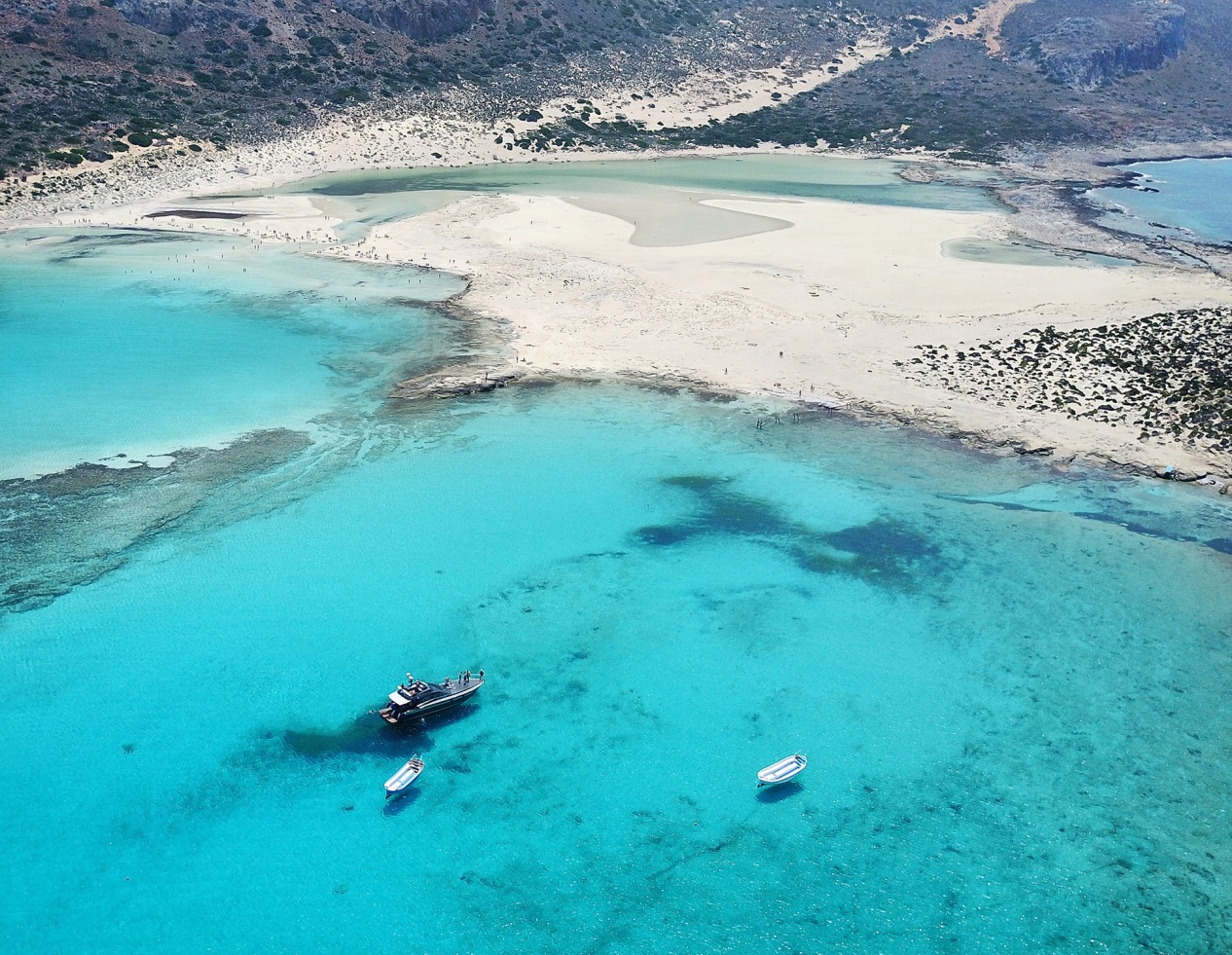 Balos is famous for its turquoise waters, the wild natural beauty and the beautiful exotic scenery. During the summer, Balos is visited by thousands of people, who arrive mostly by the ferries running from Kissamos port. If you do not like crowds, you’d better avoid to visit the beach in July and August. Also, a perfect idea is to arrive at Balos in the morning, before the boats arrive from Kissamos. These few hours of remoteness in such a heavenly place will remain etched in your memory forever.

The lagoon of Balos has white sand and exotic white, vivid blue and turquoise waters. The sea is very shallow and warm, ideal for children. In many places the sand has a lovely pinkish color, because of millions of crushed shells. Beyond the rocks at the boundaries of the lagoon, the water is deeper and colder, ideal for a snorkeling. The lagoon and the wider area, with rare species of flora and fauna, are protected under the Natura 2000 program. Eleonora falcons, shags and cormorants nest in the caves of the area. Moreover, the area is a shelter for the protected monk seal and the sea turtle caretta caretta. Despite the protection, a primitive café and umbrellas have appeared on the beach in recent years. You can buy water from there and from the bars of the ferries.

Gramvousa, the island of pirates Gramvousa’s position, Cretan nature, legends and the passage of times and times have helped to make a magical aura. Remarkable is the beach of the island with the lonely, charming wreck. The famous castle of Gramvousa was built by the Venetians in 1579 at the highest point of the island, at the top of a steep cliff, 137 m high. It is surrounded by a wall of 272 m, to the point where the steep rock does not offer a natural fortification, it is roughly triangular And each side is 1 km long.<./p>

It has played an important role in the history of the wider region. The panoramic view, the impossibility and legend of the hidden treasure of the pirates, cause you to visit it, walking about twenty minutes.

The trip ends with the driver returning you at your starting point, from the same place he left you, the time you agreed .