We are on call 24 hours a day and we will be pleased to pick you up from your place and take you to Kolimbari church trip with the minimum of fuss and with possible stops during the trip. The trip ends with the driver returning you at your starting point. 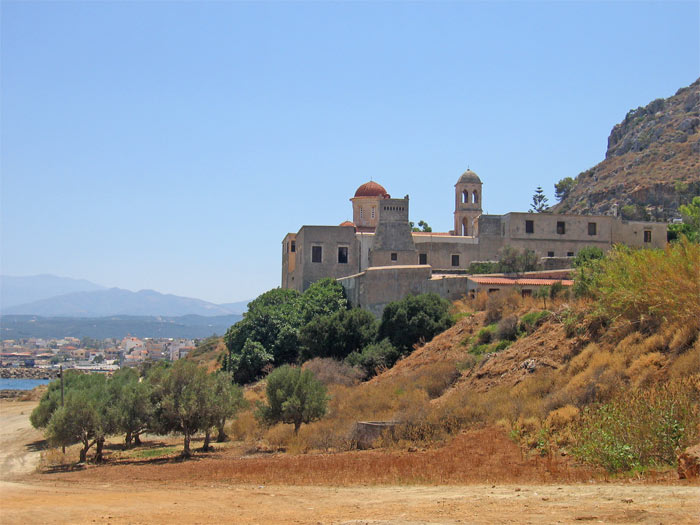 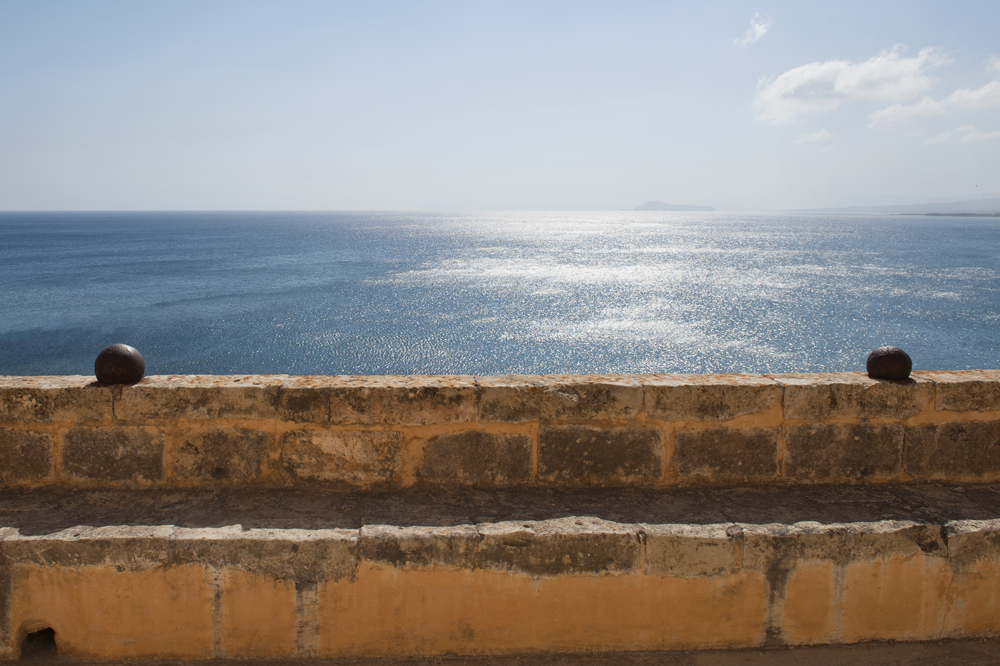 It was rebuilt during the 17th century in a wonderful place, it is surrounded by verdant vegetation and it offers a magnificent view. The monastery has a fortress form, overlooking the bay in front of it; it was also a centre of resistance during the revolution of 1821.

Gonia Monastery hosts today an important collection of precious post-Byzantine icons, relics, and other rare religious treasures. The Orthodox Academy of Crete is located next to the Gonia Monastery. 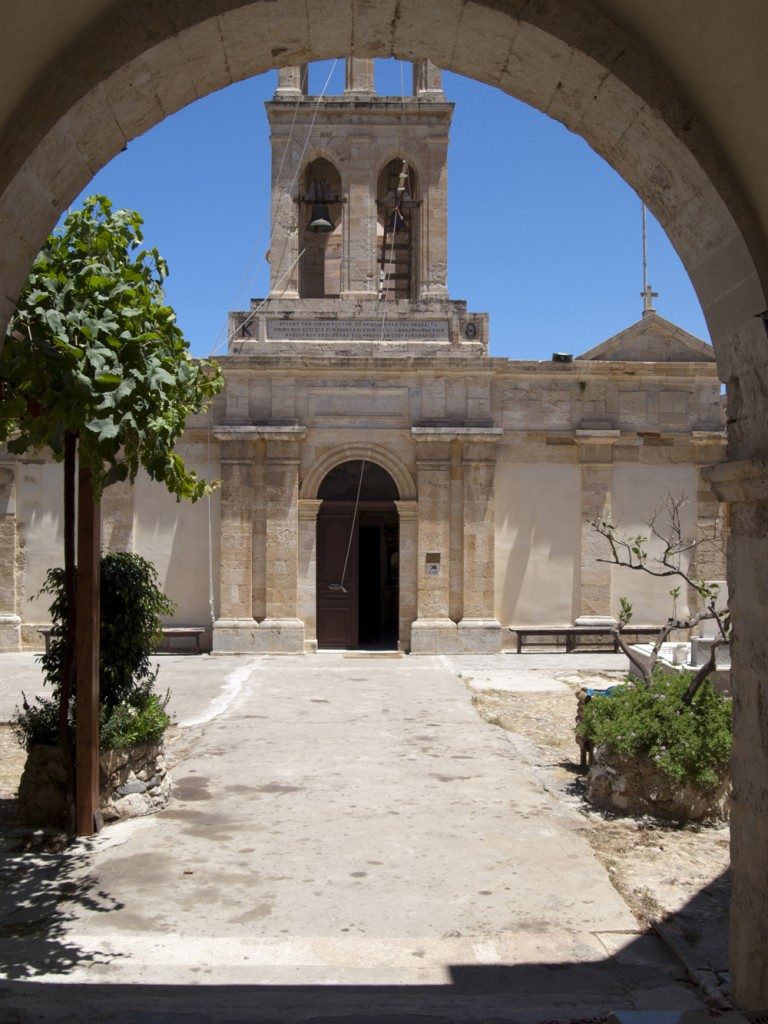 The Cave of St. John the Hermit (Marathokefala)

Just 3 km from Kolymbari, lies the famous historical cave of St. John the Hermit. Inside the cave there is temple of the 15th century and the foundations of old cells that date back in the 17th-18th century.

To the right of the corridor, 15 meters from the entrance, there is a small chamber with a man-made entrance. 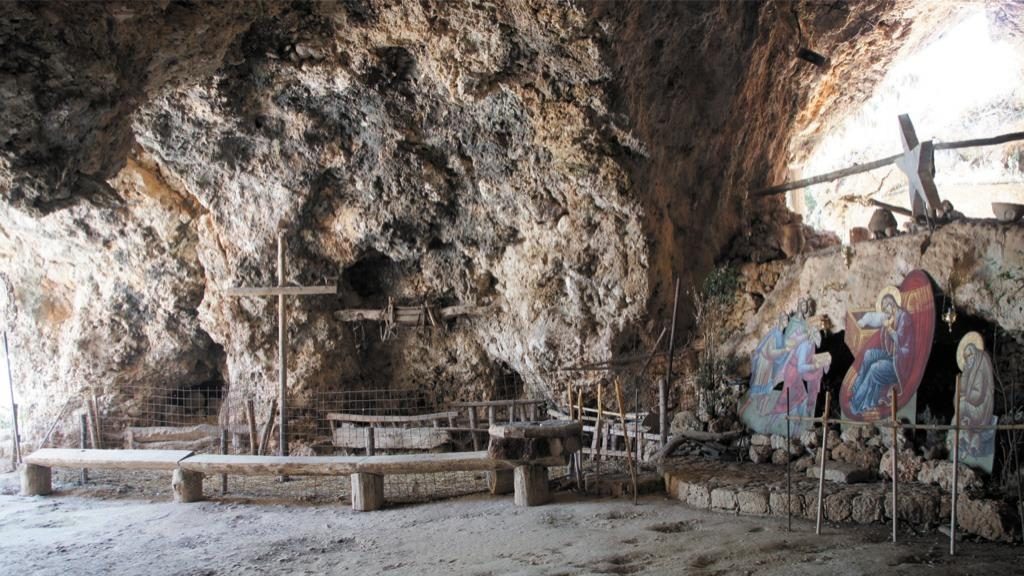 The Cave of St John the Hermit

According to tradition, John died after his injury with an arrow, as a hunter mistook him for an animal and shot him. The injured saint returned to his cave and breathed his last lying on a rock, now known as “St John’s bed”. This rock is supposed to have healing properties and many people used to break bits off to take away with them.

The church dedicated to the saint is built to the right of the entrance of the cave and celebrates on 7th of October.

If you follow the path for another ten minutes you will come to the sea, in a tiny, deep cove with aquamarine waters. It may once have been used as a harbour and has its own legend.

The Byzantine church of Rotonda 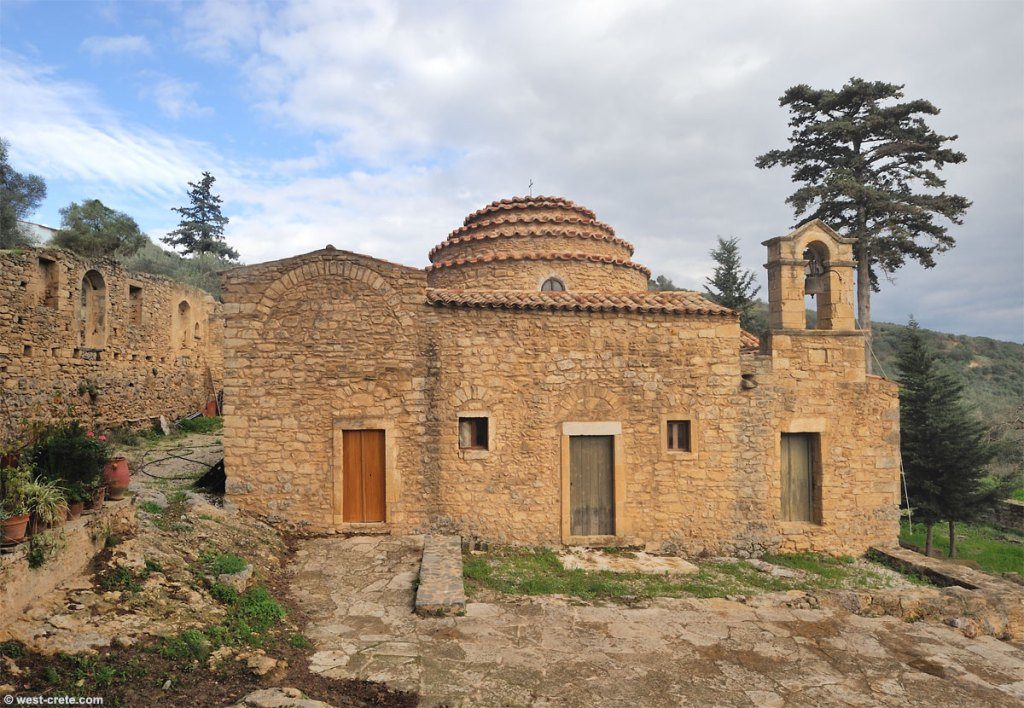 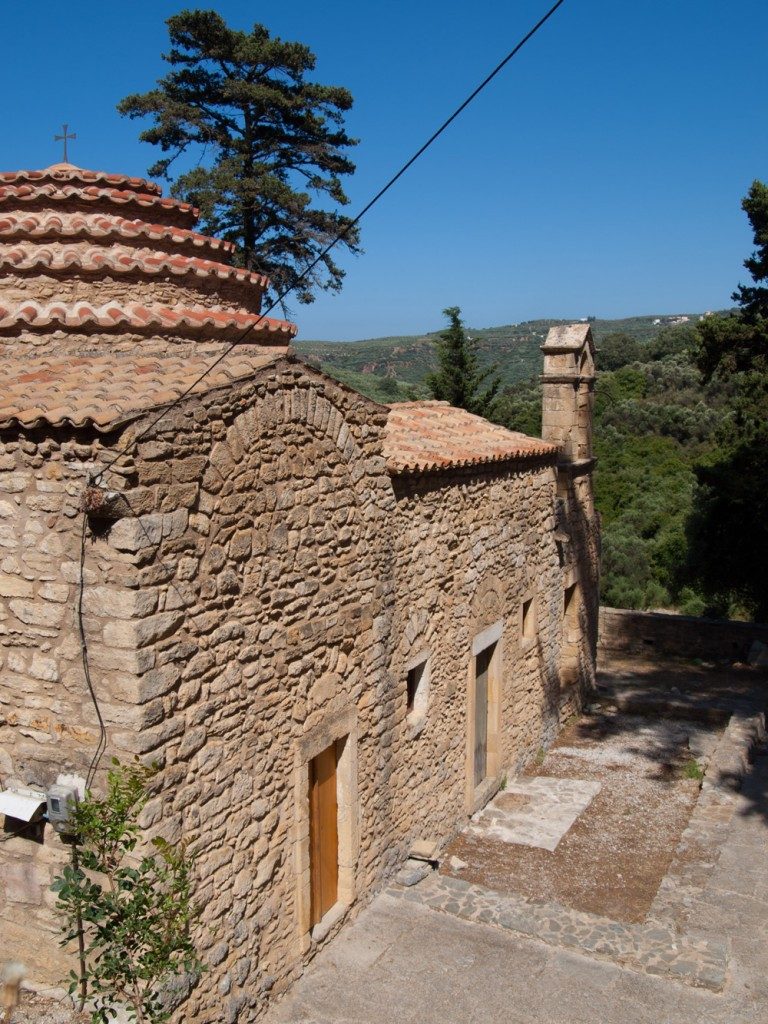 Church was built in the 6th century

The Byzantine church of Rotonda also called the church of the Archangel Michael is located around 10km to the South of Kolymbari near the village of Episkopi.

Its stepped dome with five concentric rings is unique in Crete (and very rare in Byzantine architecture). Graves from the early Christian era have been excavated on one side of the church.