We are on call 24 hours a day and we will be pleased to pick you up from your place and take you to Knossos palace and museum tour with the minimum of fuss. The trip ends with the driver returning you at your starting point.

Book for Knossos Tour with Platanias Taxi tour operator and discover the ancient Crete! Knossos is the largest Bronze Age archaeological site on Crete and is considered Europe’s oldest city. The name Knossos survives from ancient Greek references to the major city of Crete.

The identification of Knossos with the Bronze Age site is supported by tradition and by the Roman coins that were scattered over the fields surrounding the pre-excavation site, then a large mound named Kephala Hill, elevation 85 m (279 ft) from current sea level. Many of them were inscribed with Knosion or Knos on the obverse and an image of a Minotaur or Labyrinth on the reverse, both symbols deriving from the myth of King Minos, supposed to have reigned from Knossos. 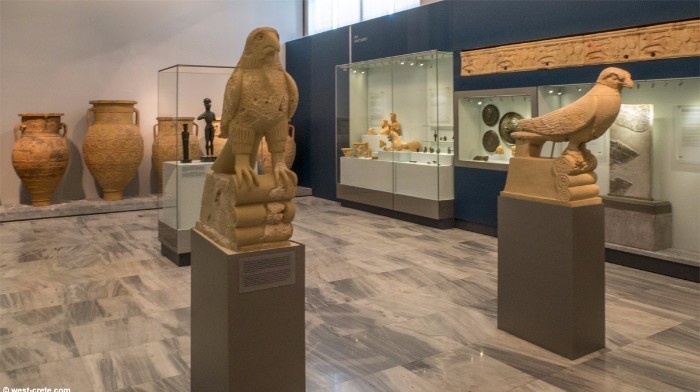 The coins came from the Roman settlement of Colonia Julia Nobilis Cnossus, a Roman colony placed just to the north of, and politically including, Kephala. The Romans believed they had colonized Knossos. After excavation, the discovery of the Linear B tablets, and the decipherment of Linear B by Michael Ventris, the identification was confirmed by the reference to an administrative center, ko-no-so, Mycenaean Greek Knosos in Linear B, undoubtedly the palace complex. The palace was built over a Neolithic town. During the Bronze Age, the town surrounded the hill on which the palace was built. 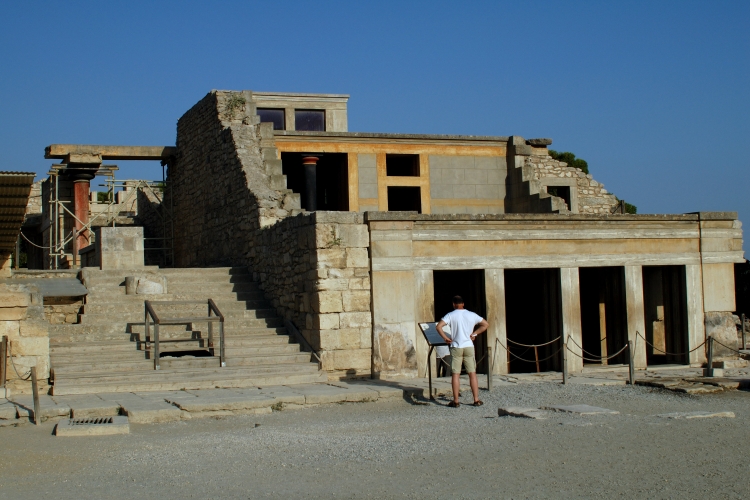 The site was discovered in 1878 by Minos Kalokairinos (Μίνως Καλοκαιρινός). The excavations in Knossos began in AD 1900 by the English archaeologist Sir Arthur Evans (1851–1941) and his team, and they continued for 35 years. The palace was excavated and partially restored under the direction of Arthur Evans in the earliest years of the 20th century.

Its size far exceeded his original expectations, as did the discovery of two ancient scripts, which he termed Linear A and Linear B, to distinguish their writing from the pictographs also present. From the layering of the palace Evans developed de novo an archaeological concept of the civilization that used it, which he called Minoan, following the pre-existing custom of labelling all objects from the location Minoan. 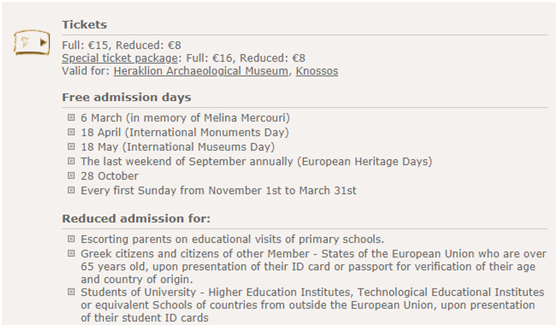