We are on call 24 hours a day and we will be pleased to pick you up from your place and take you to mesavlia – deliana gorge with the minimum of fuss. The trip ends with the driver returning you at your starting point, from the same place he left you, the time you agreed (or calling one hour before the time you want to return).

Mesavlia – Deliana Gorge Tour. Mesavlia Gorge is located 37km west of Chania. Starting from the village Mesavlia it descends to the village Deliana after 5km. Walking in the gorge is very easy (takes about one hour) and is suggested even for children, as it runs along a dirt road. It is 5 kilometers long and relatively easy to walk through . 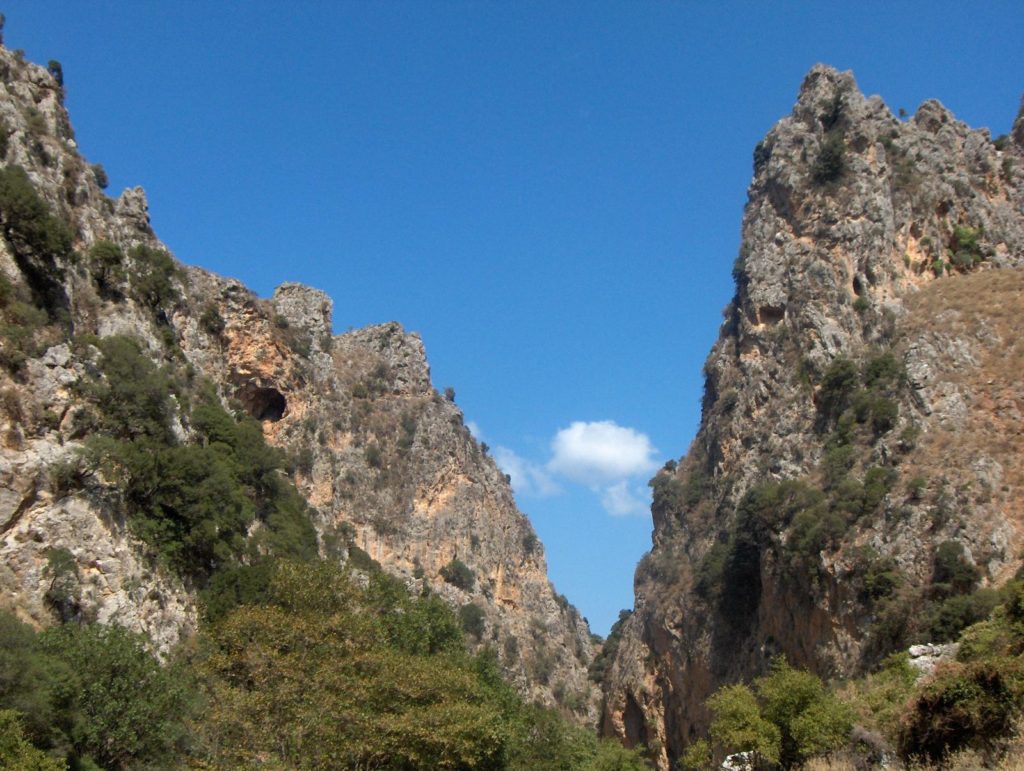 The gorge is characterized by the dense vegetation around its creek. If you look up you’ll spot the eagles and hawks that nest in the caves along the sides of the gorge.

Mesavlia is built on the northwestern slopes of the White Mountains and from there begins the Gorge that leads to the village of Deliana. Lush vegetation with plane trees and chestnut trees around the creek accompany walkers. There are also plenty of sheep. 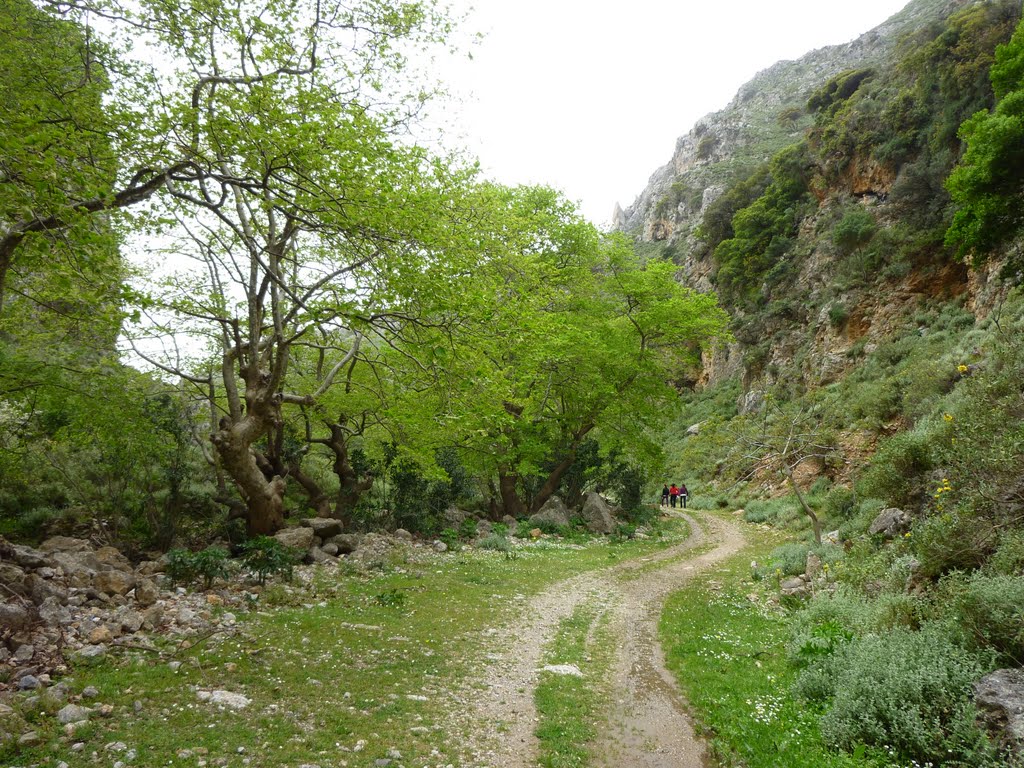 Near Mesavlia through the Gorge, you will have the opportunity to see the small church of Agia Paraskevi, which is built on a rock. The best season to visit the Gorge is on spring, when the vegetation is at each peak and the water flows in abundance.

Deliana is a small village in the prefecture of Chania, situated at an altitude of 199 meters above sea level. It is 37 kilometers from the city of Chania. The village itself is very quiet, but it does come with a couple of tavernas and a cafe. Also the village lies at the end of the Mesavlia -Deliana Gorge.