Gramvousa and the lagoon of Balos (Balos Beach) are two places that are definitely worth visiting if you are on the west side of Crete. Their wild beauty and exotic features fascinate every visitor who is fascinated by landscapes and crystal clear waters. 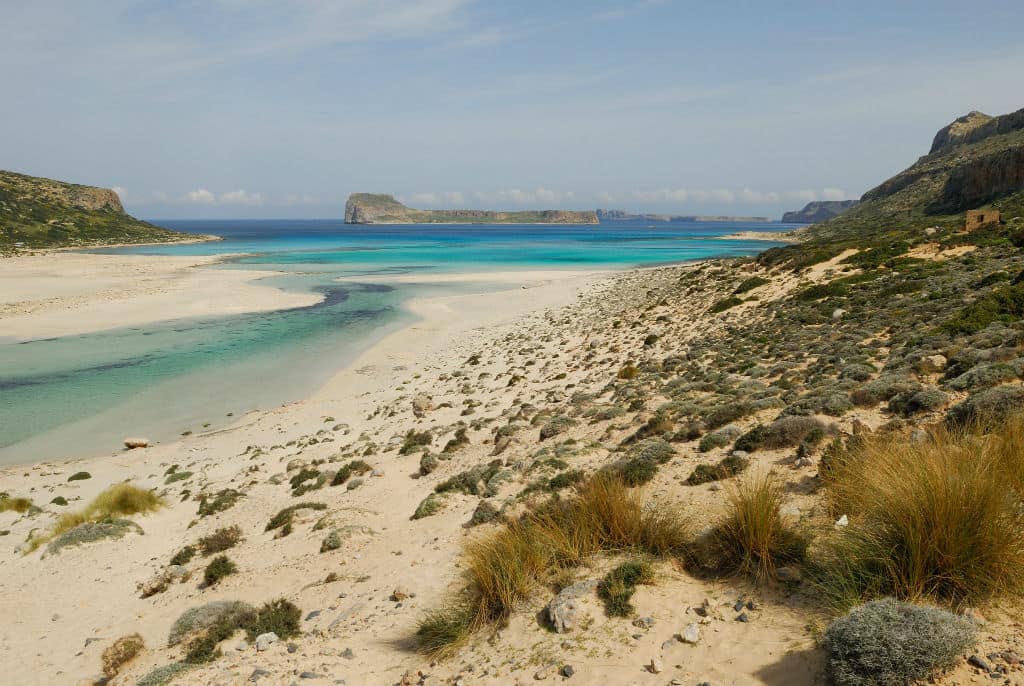 The lagoon of Balos is part of the Natura program as it hosts rare species of flora and fauna such as the Caretta-Caretta sea turtles. It is one of the most beautiful beaches of Chania, but also of the whole country. It is formed by a massive rock lying in the sea and connected to the land with a sandy peninsula, which creates a huge white sandy beach!

One glance is enough to realize that Ballos is not just a beach but a nature miracle that has starred in hundreds of postcards and has been worshiped by thousands of tourists who arrive here every year. 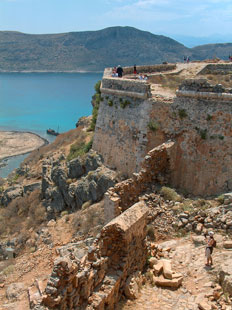 Gramvousa’s position, Cretan nature, legends and the passage of times and times have helped to make a magical aura. Remarkable is the beach of the island with the lonely, charming wreck.

The famous castle of Gramvousa was built by the Venetians in 1579 at the highest point of the island, at the top of a steep cliff, 137 m high. It is surrounded by a wall of 272 m, to the point where the steep rock does not offer a natural fortification, it is roughly triangular And each side is 1 km long. It has played an important role in the history of the wider region.

The panoramic view, the impossibility and legend of the hidden treasure of the pirates, cause you to visit it, walking about twenty minutes.