We are on call 24 hours a day and we will be pleased to pick you up from your place and take you to Akrotiri church trip with the minimum of fuss and with possible stops during the trip. The trip ends with the driver returning you at your starting point.

Book for taxi or minibus round trip to Monastery Guverneto and explore the magnificent Akrotiri in Chania, Crete. Gouverneto Monastery is one of the oldest monasteries in Crete, as it was built in 1537. Gouverneto Monastery is on the Akrotiri Peninsula. The monastery resembles a castle, with towers which served to defend it from raiders. Guverneto was founded after the 11th century and destroyed by fire before 1765. The bloodiest pages of its history were written during the Liberation Revolution of 1821, when the Ottomans massacred the monks and looted the monastery.

The fortress wall is rectangular and there are four square towers, one on each corner. Cells are built all around and in the centre of the yard there is the cupola-covered church, with beautiful Venetian sculptures and two small chapels. The church is dedicated to the Presentation of Mother Mary (Eisodia tis Theotokou) and this is also called the ‘Lady of the Angels’ (Kyria ton Angelon). 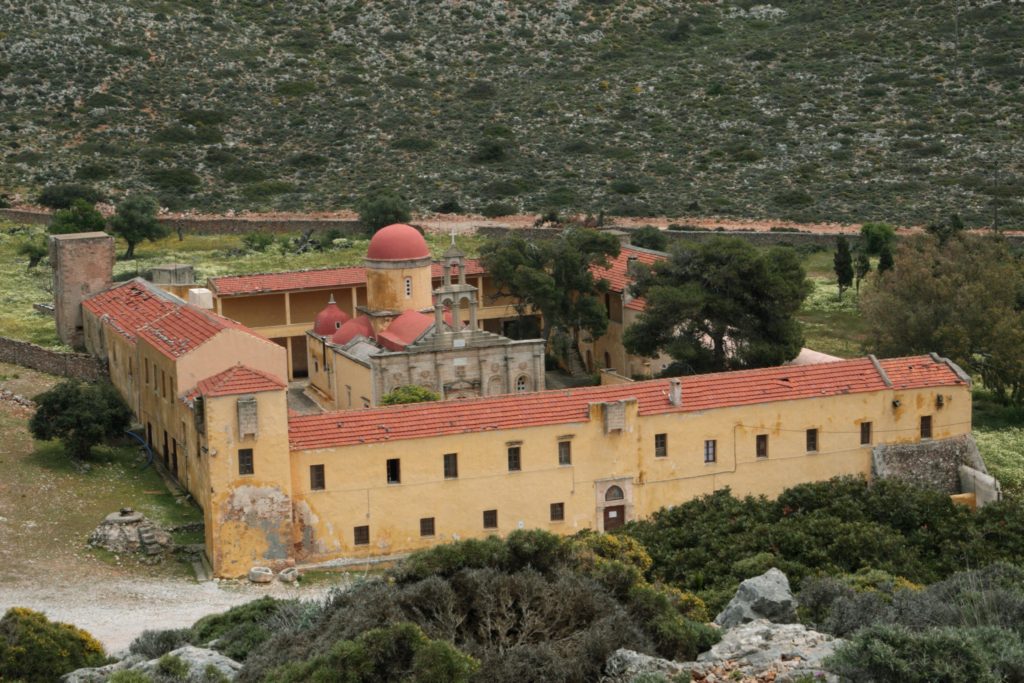 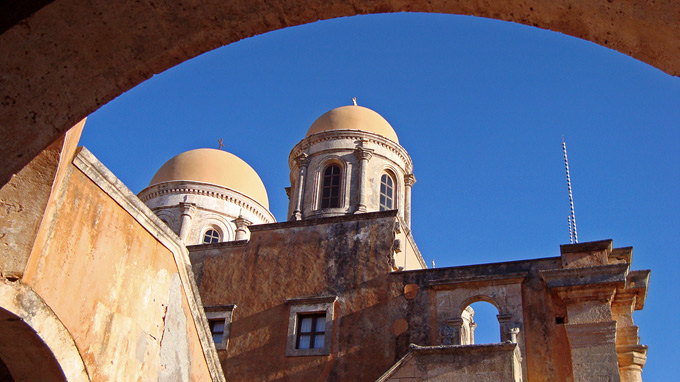 The Monastery of Agia Triada (Holy Trinity), or Tzagarolon Monastery as it is also known, is one of the most impressive monasteries you will see in Crete. It has a distinctive façade with Doric columns and you’’ll see the elements of Renaissance architecture. The Agia Triada Monastery was build in the seventeenth century (1612) by two Venetian monks, the two brothers Jeremiah and Lavrentio Jagarolon, who descended from an important Venetian-Cretan family. The monastery was build on top of an already existing church that was in decline. 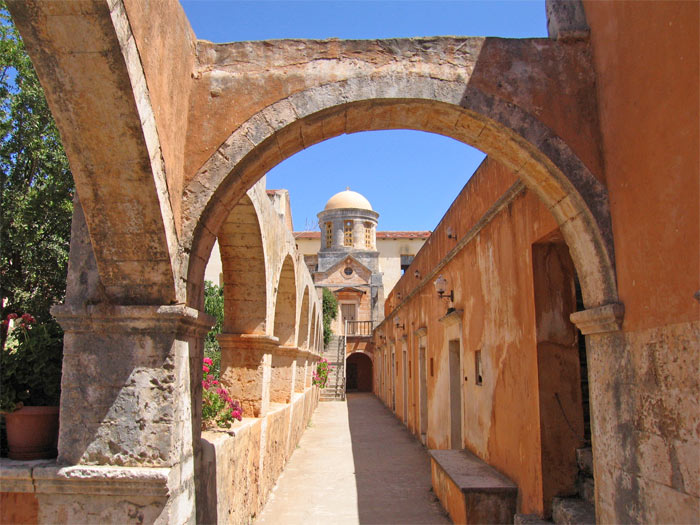 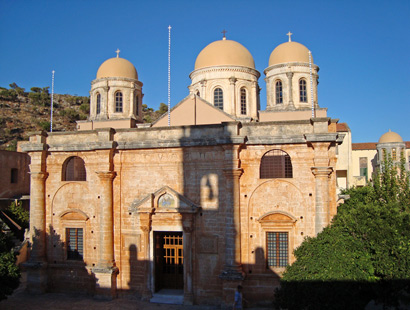