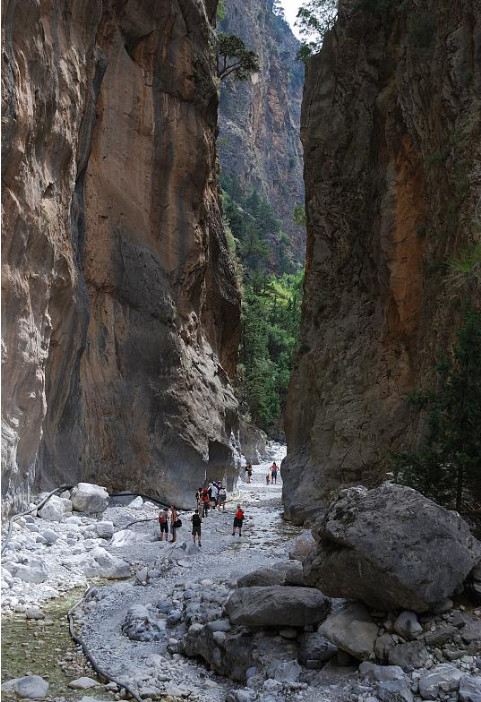 Samaria or Samaria Gorge is one of the main sights in Crete. Every visitor who comes in Crete has either heard or will soon hear about this beautiful gorge, the “big gorge”, as locals call Samaria with admiration for its beauty but also to distinguish it from the others Smaller gorges in Crete.

Samaria Gorge is located in western Crete, on the White Mountains. It is the longest gorge of Europe with 18 km. length.

The Samaria Gorge was named after the small Byzantine temple in the middle of it, built in 1379 and is called Osia Maria. From this chapel was also named the village “Samaria”, which was built next to it, and was abandoned by its permanent residents in 1962, with the proclamation of the National Park. Today it is used as a stop by the hikers and by the guards of the National Park.

The gorge starts from Xyloskalo (1227 m altitude) on the plateau of Omalos and ends at the seaside village of Agia Roumeli in southern Crete. As you get there, the clean sea will prompt you to dive.

The path to Samaria is well-marked along its entire length and is considered the most walked footpath in Greece (the second is the path to Olympus).

In the gorge you will find unique plant and life species protected by international conventions.It is reported that there are 450 species of plants in the gorge and according to the law, nothing can be removed from the Samaria site, not even a flower. Inside the gorge you can meet its famous inhabitants, the chamois of Crete, what the locals call “wildlife” and tourists “kri – kri”. 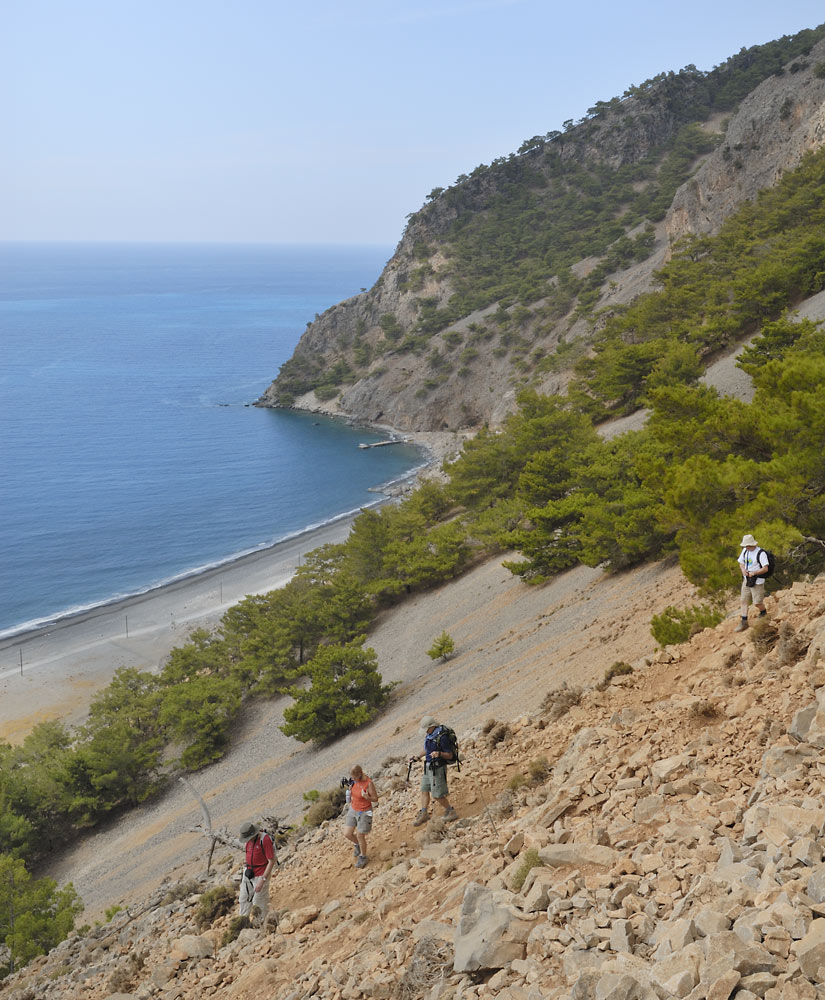 Losing is rather impossible as you move anyway in a human stream . There are fountains in various places and toilets. Actually,the natural beauty of the place, the rivers you will encounter during the journey, and the final destination that combines mountain and sea will be an experience not to be missed. Swim calmly in the blue waters until you hear the navel of the boat that will turn you back to Sfakia!