The History Behind The Name.

Ioannis Daskalogiannis was one of the most literate, educated and trained Sfakians. His father was a wealthy shipbuilder who trained him abroad, most probably in Italy, where other Cretans were studying, as he spoke the Italian language.

In his possession Daskalogiannis had four quarters of ships and he himself traveled with them in the ports of the Mediterranean and the Black Sea. He had, along with his brothers, naval “agencies” in the main ports and in many free Greek islands, as in Kythira. 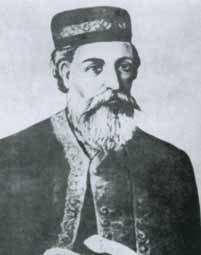 Cretan hero Ioannis Daskalogiannis was born in Anopolis and when Turkey entered the island , he became head of state and with the inhabitants of Sfakia they managed to resist the enemy fleeing to the summits of the mountains to save themselves.

When the Turks threatened them, half the Sfakians entered the boats and opened to the sea, and the other half stood in the bare mountains and the wild canyons, and anyone could not hurt them. Later when Turkey asked for the supporters to surrender, Daskalogiannis locked up. On 17 June 1771 hero was probably hanging and with him many of his comrades were executed.