We are on call 24 hours a day and we will be pleased to pick you up from your place and take you to Ancient Eleutherna Museum Tour with the minimum of fuss. The trip ends with the driver returning you at your starting point.

Explore Ancient Crete during the Eleutherna Museum Tour! The Museum of ancient Eleutherna is located in Rethymno, the first archaeological site museum in Crete, although smaller in size, is similar to those of Olympia, Delphi, and Vergina. The museum was created to house the results of the excavations carried out for thirty years in the ancient city of Eleutherna.

The museum has complete and modern warehouses. Laboratories with modern and special equipment for conservation, design, photography, completion, reconstruction, documentation, and study of diversified material from excavations carried out in various locations of the archaeological site of Eleutherna.

It is a modern building approximately 1,800 sq.m., which together with the surrounding area occupies 13 acres, and remotely resembles an ark that emerges from the earth, gazing Ida (Psiloritis). It is divided into two wings with the right one on the ground floor for hosting the guards – ticketing area, and the Study Centre in the left area of ​​the exhibition halls of the museum.

The screen next to this display case shows a fictional rendering of the famous statue’s adventure from the moment of its discovery to the identification of its provenance by Professor N. Chr. Stampolidis. The two statues, the Eleutherna Kore and the Lady of Auxerre, were reunited for the first time since the latter was removed from Crete, probably in the late nineteenth century, at the Museum of Cycladic Art in Athens in 2004-5 for the exhibition Eleutherna: Polis, Acropolis, Necropolis. 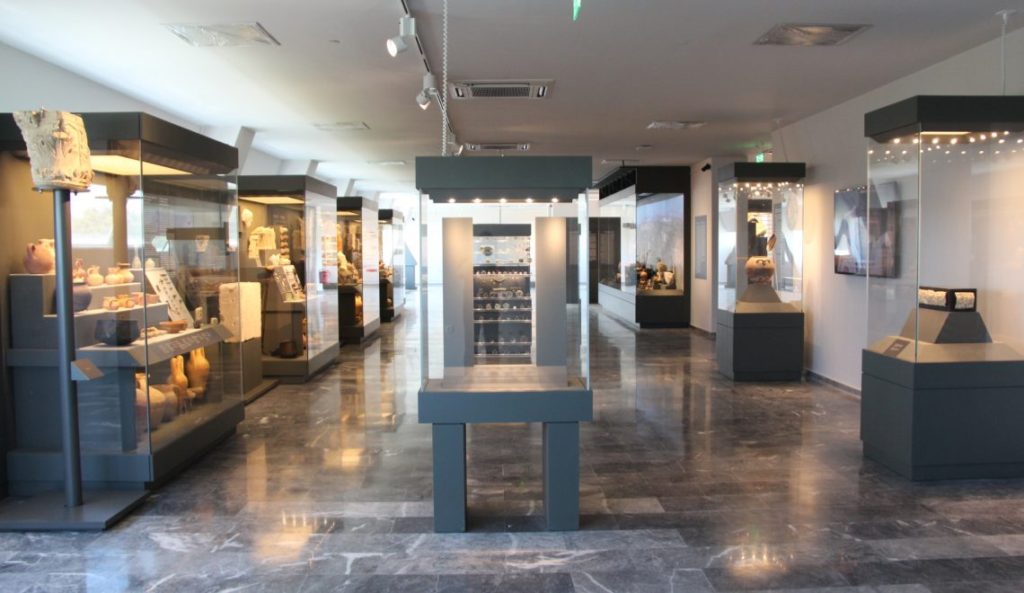 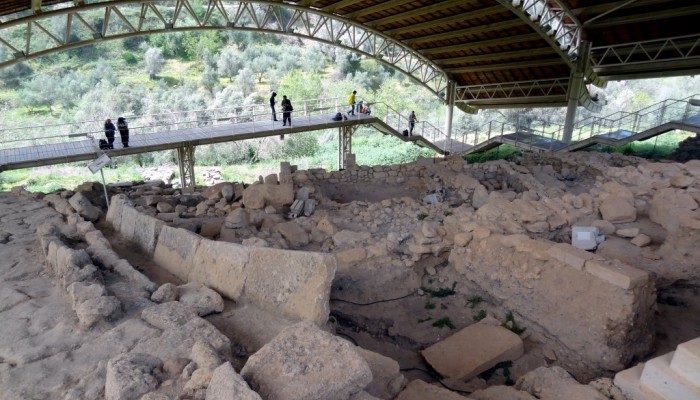 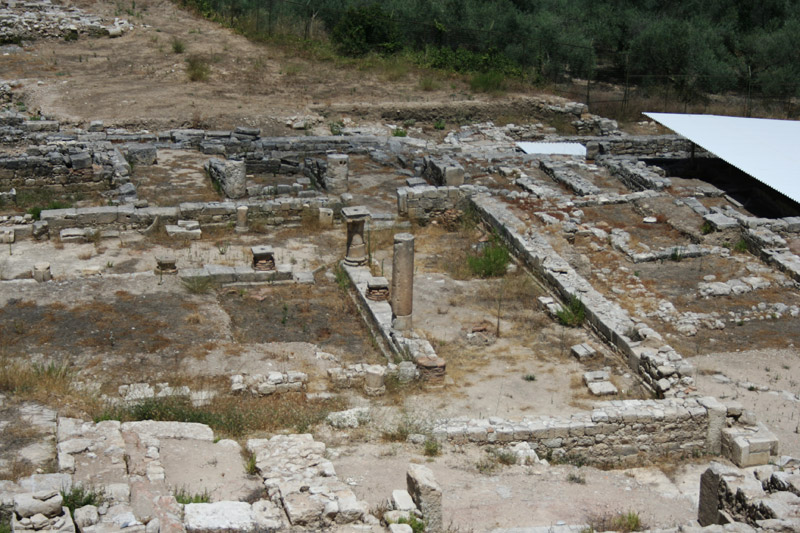